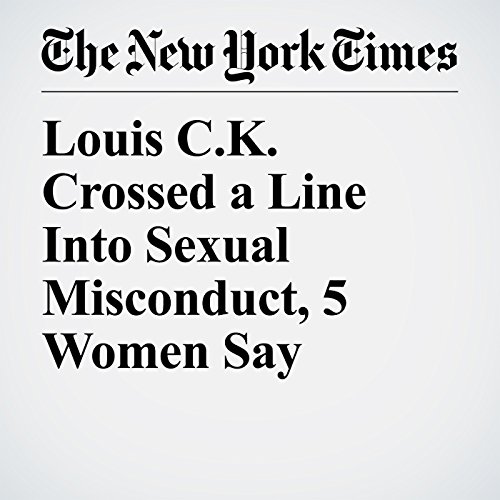 In 2002, a Chicago comedy duo, Dana Min Goodman and Julia Wolov, landed their big break: a chance to perform at the U.S. Comedy Arts Festival in Aspen, Colorado. When Louis C.K. invited them to hang out in his hotel room for a nightcap after their late-night show, they did not think twice. The bars were closed and they wanted to celebrate. He was a comedian they admired. The women would be together. His intentions seemed collegial.

"Louis C.K. Crossed a Line Into Sexual Misconduct, 5 Women Say" is from the November 10, 2017 Entertainment section of The New York Times. It was written by Melena Ryzik, Cara Buckley and Jodi Kantor and narrated by Mike DelGaudio.