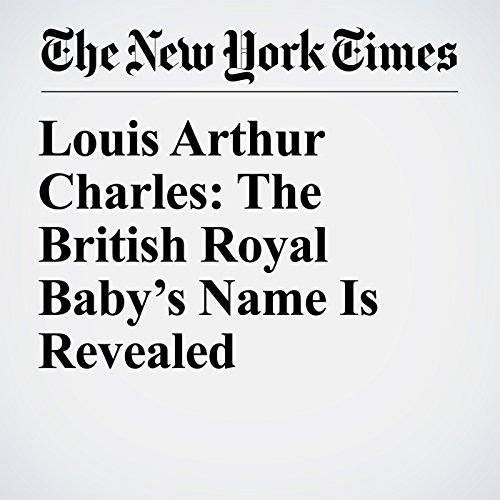 LONDON — The British royal family, finally assuaging the curiosity of royal fans and bettors across the land, Friday revealed the name of the newly born son of the Duke and Duchess of Cambridge: Louis Arthur Charles.

"Louis Arthur Charles: The British Royal Baby’s Name Is Revealed" is from the April 27, 2018 World section of The New York Times. It was written by Ceylan Yeginsu and narrated by Barbara Benjamin-Creel.