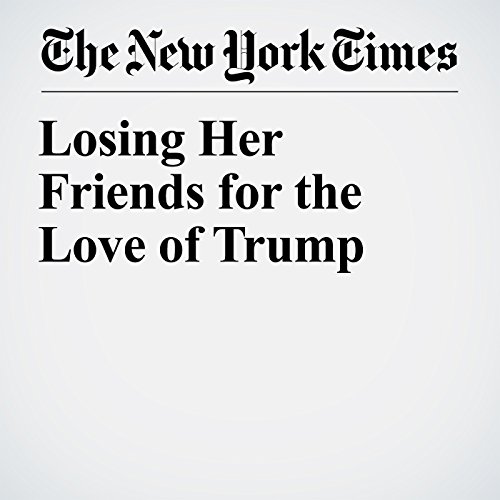 In September, Nikki Haskell came out as a public Trump supporter when she was interviewed for a Politico Magazine article headlined “The Real Trumpettes of Bel Air,” in which she said of Clinton’s aide Huma Abedin, “I don’t think we should have a Muslim in power, someone working for the president.” After it appeared, Haskell noticed a change in her social position on both coasts.

"Losing Her Friends for the Love of Trump" is from the February 22, 2017 Lifestyle section of The New York Times. It was written by George Gurley and narrated by Caroline Miller.