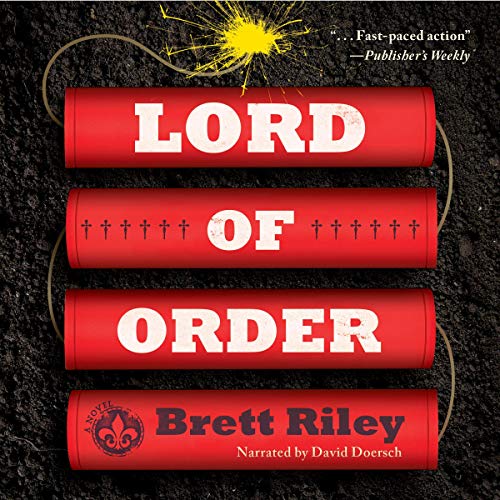 The Purge is here. New Orleans must die.

Long after the destruction of all electronic technology, the Bright Crusade rules the world as a fundamentalist Christian theocracy. Gabriel Troy is Lord of Order for the New Orleans Principality. For years, he and his deputies have fought to keep their city safe from the attacks of the Crusade’s relentless enemies, the Troublers - heretical guerillas who reject the Crusade’s rule and the church’s strict doctrines. As their crowning achievement, Troy’s forces capture the Troublers’ local leader. The city has never been more secure.

Alarming intelligence leaks from Washington: Supreme Crusader Matthew Rook plans to enact a Purge - the mass annihilation of everyone deemed a threat to the Crusade. Rook orders his forces to round up all but the blindly loyal and march them to New Orleans. Once the prisoners have been chained inside, the Crusaders will wall off the city and destroy the levees. The resulting deluge, reenacting the Biblical deluge of Noah’s time and the city’s devastation during Hurricane Katrina, will kill everyone inside.

Forced to choose between the Crusade and the city he has sworn to protect, Troy and five other conflicted conspirators gird for battle, fully aware that the looming apocalypse will demand horrific choices, test their faith, and require them to join forces with their sworn enemies.