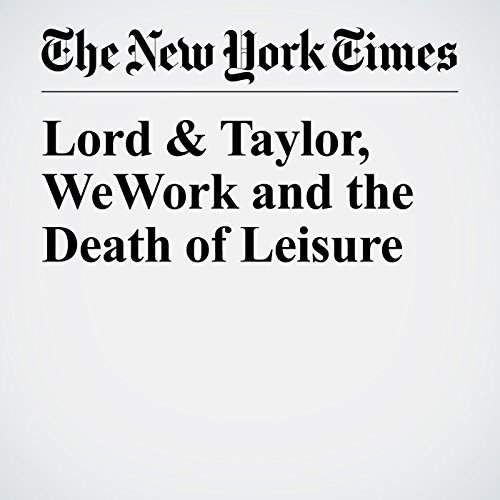 NEW YORK — This past week, Hudson’s Bay, whose story begins 347 years ago in the fur trade, making it the oldest company in North America, announced that it was selling Lord & Taylor’s flagship store on Fifth Avenue several years after it had acquired the department store chain through a deal with a private-equity firm.

"Lord & Taylor, WeWork and the Death of Leisure" is from the October 28, 2017 U.S. section of The New York Times. It was written by Ginia Bellafante and narrated by Keith Sellon-Wright.