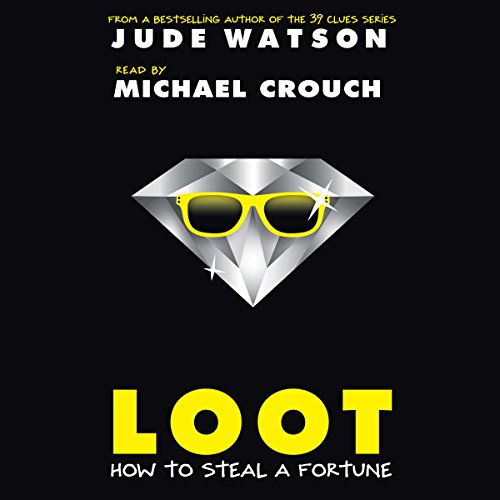 On a foggy night in Amsterdam, a man falls from a rooftop to the wet pavement below. It's Archibald McQuinn, the notorious cat burglar, and he's dying. As sirens wail in the distance, Archie manages to get out two last words to his young son, March: "Find jewels."

But March learns that his father is not talking about hidden loot. He's talking about Jules, the twin sister March never knew he had. No sooner than the two find each other, they're picked up by the police and sent to the world's worst orphanage. It's not hard time, but it feels like it.

March and Jules have no intention of staying put. They know their father's business inside and out, and they're tired of being pushed around. Just one good heist, and they'll live the life of riches and freedom that most kids only dream about.

Hold on to your pearls, because this summer, the world's youngest criminal masterminds are coming for you.

I enjoyed this young adult book a great deal. For me it was about connecting and believing and trying to hold on. Some people might object to homeless orphans forming a thieving ring, but I liked how they stuck together and showed a great example of loyalty.

My kids (ages 10&12) really enjoyed this story and loved the reader's many different voices for the different characters!

Sting is an awesome book and it is full of action. I choose this book because other books by Jude Watson are just as good and I highly recommend all of them 👍🏻😎

best way for ELA teachers to read the many novels.

This is a great way for a busy teacher and Mom to read the many novels their students are reading during class time.

My 8year old requested I download this for us after he read some of it at school. Great book.

10/10 I hate reading but this is one of the three Book I loved I recamend this book for everyone and also check out sting I will rate and review that too.