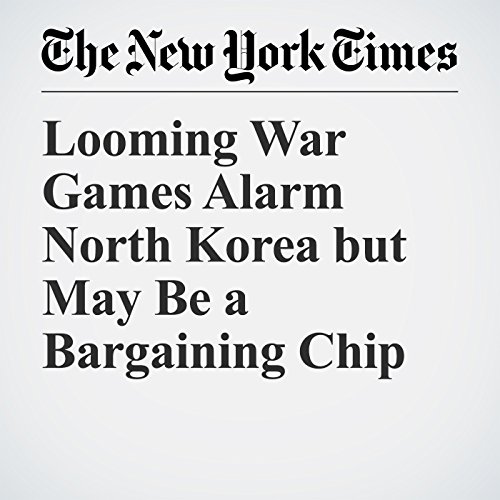 Twice a year, American and South Korean troops get together for large-scale war games to prepare for a possible attack by North Korea. And year after year, the North condemns the joint exercises as a rehearsal for an invasion and demands that they be called off.

"Looming War Games Alarm North Korea but May Be a Bargaining Chip" is from the August 15, 2017 World section of The New York Times. It was written by Motoko Rich and narrated by Keith Sellon-Wright.