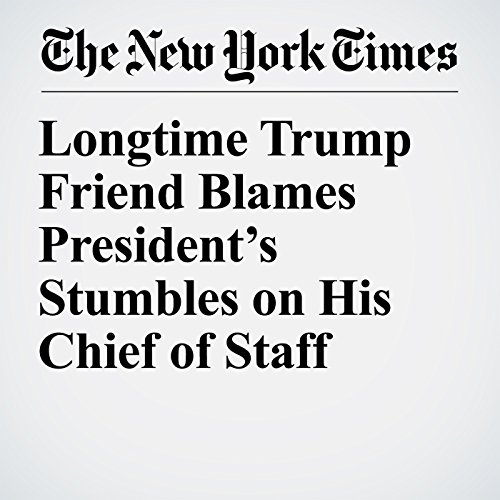 The friend, Christopher Ruddy, chief executive of Newsmax Media, said in an interview that Reince Priebus was well meaning and well liked. But he said Priebus was in over his head, and he hinted that Trump may be growing weary of the man he chose to run the White House.

"Longtime Trump Friend Blames President’s Stumbles on His Chief of Staff" is from the February 12, 2017 U.S. section of The New York Times. It was written by Michael D. Shear and narrated by Caroline Miller.