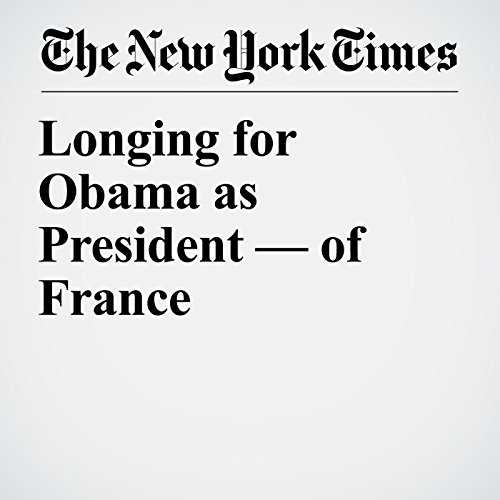 Many voters in France cannot identify all the candidates running for president, who now number more than a dozen. But they recognize the smiling politician on campaign posters with the slogan “Oui on peut.”

"Longing for Obama as President — of France" is from the February 28, 2017 World section of The New York Times. It was written by Aurelien Breeden and narrated by Keith Sellon-Wright.