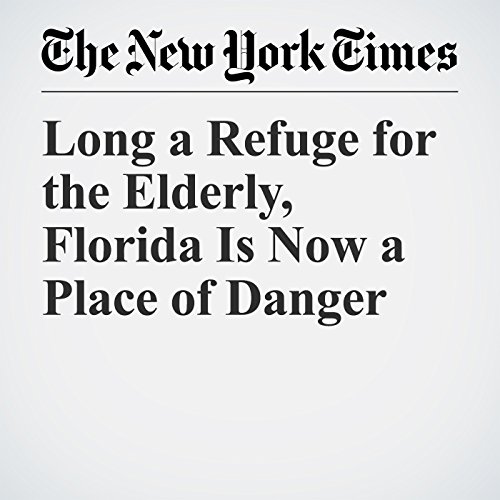 Florida's elderly range from active residents living in lush retirement communities to physically and mentally impaired people living in assisted living units or nursing homes, but as previous storms like Katrina, Sandy and Harvey have demonstrated, they are among the most at risk. The sheer numbers and vexing variety of the elderly population poses enormous problems as officials must assess risk and allocate resources, both before and after the storm.

"Long a Refuge for the Elderly, Florida Is Now a Place of Danger" is from the September 08, 2017 U.S. section of The New York Times. It was written by Marc Santora And Henry Fountain and narrated by Mike DelGaudio.

Cosa pensano gli ascoltatori di Long a Refuge for the Elderly, Florida Is Now a Place of Danger