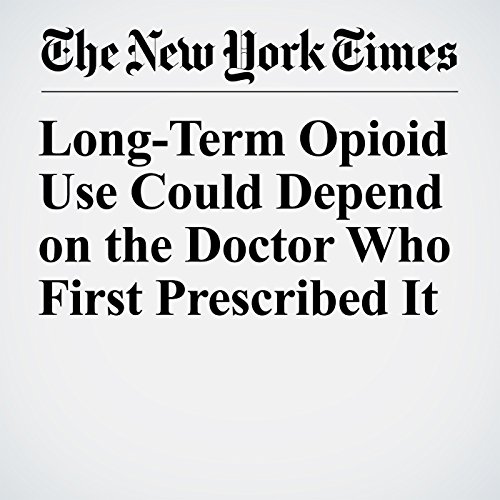 Some emergency room doctors are far more likely than others even within their own department to prescribe opioids to treat pain in older people, and their patients are at greater risk of using the powerful drugs chronically than those who saw doctors who prescribe them less frequently, according to a large new study.

"Long-Term Opioid Use Could Depend on the Doctor Who First Prescribed It" is from the February 15, 2017 U.S. section of The New York Times. It was written by Jan Hoffman and narrated by Kristi Burns.