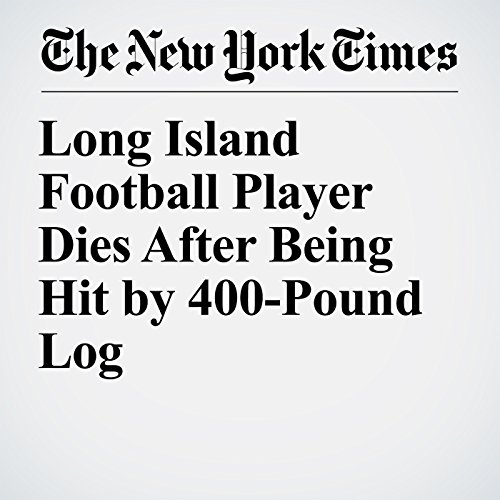 The death of a teenage football player on Long Island has raised questions as to why students were asked to carry what police described as an approximately 400-pound, 10-foot log while participating in an offseason conditioning camp.

"Long Island Football Player Dies After Being Hit by 400-Pound Log" is from the August 12, 2017 U.S. section of The New York Times. It was written by Christina Caron and narrated by Kristi Burns.