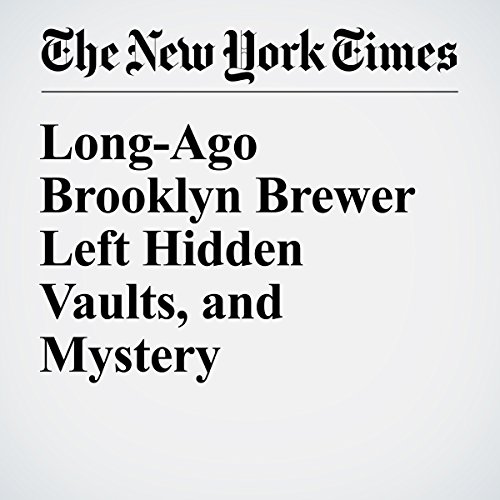 The only thing on tap these days at 33 Ten Eyck St. in Williamsburg, Brooklyn, is memories. The beer has been gone so long that it took an archaeologist to figure out that four underground caverns were once a brewer’s vaults.

"Long-Ago Brooklyn Brewer Left Hidden Vaults, and Mystery" is from the February 02, 2017 U.S. section of The New York Times. It was written by James Barron and narrated by Kristi Burns.