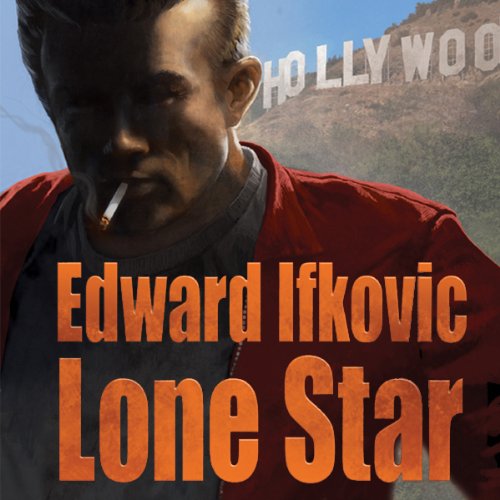 A charismatic rebel, Dean attracts attention, devotion, and trouble wherever he goes. Now he is being blackmailed by a young extra from the movie who accuses him of getting her pregnant. The studio fears that the negative publicity will jeopardize the film's release. Then the actress is found murdered, and James Dean is the prime suspect.

Employing her sharp nose for character and subtext, Edna decides to investigate the murder, determined to clear Dean's name. But as she uncovers the dark underside of glittering Hollywood, she fears that the truth may be worse than she could have imagined.

©2009 Edward Ifkovic (P)2009 Blackstone Audio, Inc.
"[A] promising debut....the main pleasure is looking beneath the surface of the movie business to see the stars as people, in particular the doomed Dean." ( Publishers Weekly)

So Fascinating Now I Have to Research It

I am of the generation alive when the movie came out of which this novel is concerning. I knew the author was Edna Ferber but until I listened to some of her audiobooks I had no idea what a truly wonderful writer she is or should we say "was," though once a wonderful writer always a wonderful writer even after dead. Now I am angry at having to read what was alleged to be women's literature in my high school and college classes. Researching now I find so many more worthy women writers in the past than those given out as good, Edna Ferber being the first on the list. Hollywood trivialized her and academia ignored her.

I have to find out who Edward Ifkovic is and what factual basis there is, if any, in this interesting book. I will start by reading any other reviews here. A great performance and a "feminist" viewpoint that could well be that of Edna Ferber. I recommend more Edna Ferber audiobooks, although so many are now in the public domain. "Gigolo" is free in a Kindle edition.

Being from Fairmount, IN myself, the book was more personal to me than to most. I felt Jimmy's pain, his little boy lost feelings. The book was well written and tells us what Jimmy was going through in his last days...unfortunatley more of what he always went through.

I could not get interested in the characters or the story.