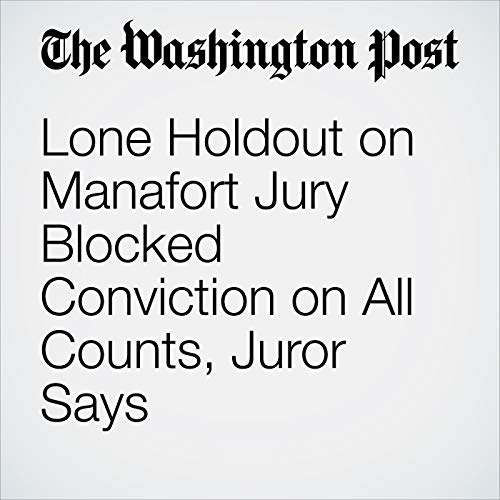 A juror in the trial of Paul Manafort said Wednesday that all but one of the jurors wanted to convict President Trump’s former campaign chairman on every charge he faced — though she criticized special counsel prosecutors as seeming “bored” throughout the trial and said she believed their true motive was to “get the dirt on Trump.”

"Lone Holdout on Manafort Jury Blocked Conviction on All Counts, Juror Says" is from the August 23, 2018 National section of The Washington Post. It was written by Matt Zapotosky and narrated by Sam Scholl.