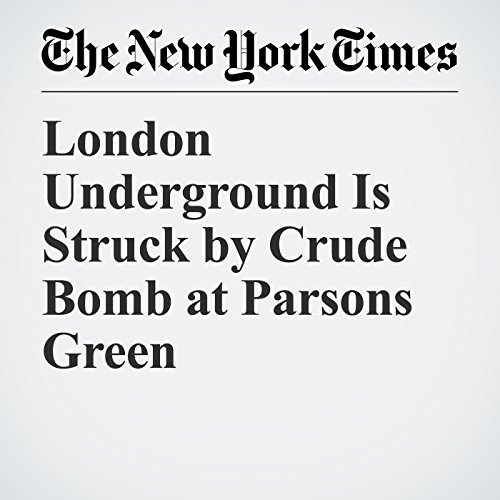 "London Underground Is Struck by Crude Bomb at Parsons Green" is from the September 15, 2017 World section of The New York Times. It was written by Sewell Chan, Patrick Kingsley and Ceylan Yeginsu and narrated by Barbara Benjamin-Creel.