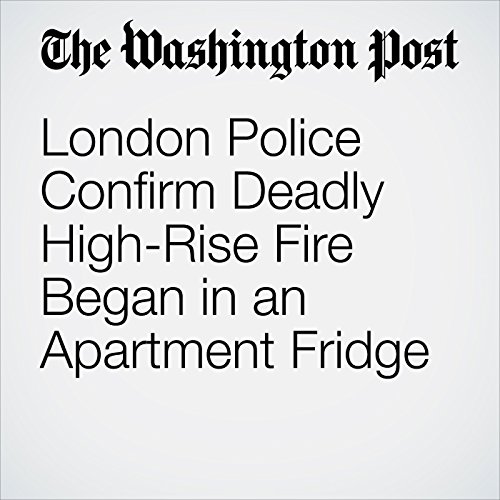 London police said Friday that a deadly fire last week that killed at least 79 people began in a refrigerator— the first official confirmation of the cause of the blaze.

"London Police Confirm Deadly High-Rise Fire Began in an Apartment Fridge" is from the June 23, 2017 Europe section of The Washington Post. It was written by Karla Adam and narrated by Jenny Hoops.