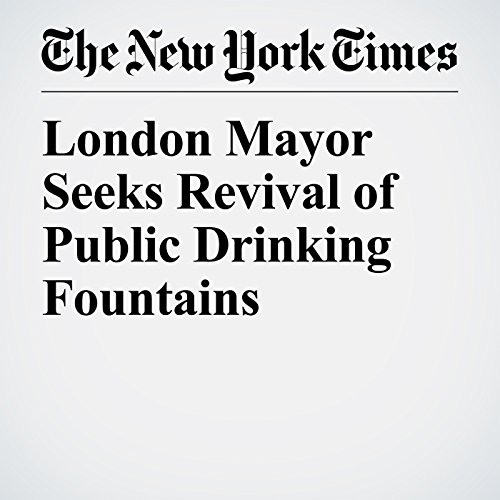 It is a worldwide emblem of urban life, as ubiquitous as the clutched paper cup of latte or the sight of a pedestrian in rapt communication with the screen of a smartphone. It is the plastic bottle of water, poking from a backpack or grasped in a gloved hand, stacked on the refrigerated shelves of supermarkets, or discarded in the gutter

"London Mayor Seeks Revival of Public Drinking Fountains" is from the December 04, 2017 World section of The New York Times. It was written by Alan Cowell and narrated by Kristi Burns.