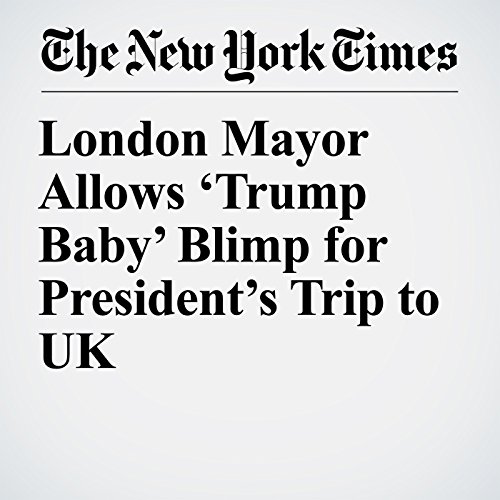 LONDON — A week before President Donald Trump’s working visit to Britain, the mayor of London has allowed an additional participant in the city’s welcome reception: a giant orange balloon of the president depicted as a baby in a diaper.

"London Mayor Allows ‘Trump Baby’ Blimp for President’s Trip to UK" is from the July 06, 2018 World section of The New York Times. It was written by Ceylan Yeginsu and narrated by Mike DelGaudio.