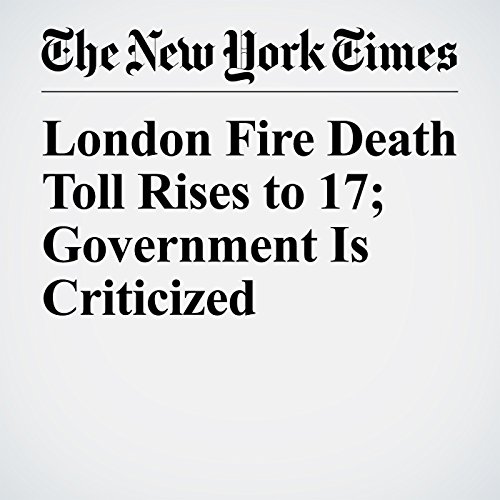 Under pressure from critics, Prime Minister Theresa May on Thursday ordered a public inquiry into the lethal fire that turned a West London apartment tower into a pillar of charred rubble and raised concerns about fire safety and building materials in high-rise buildings.

"London Fire Death Toll Rises to 17; Government Is Criticized" is from the June 15, 2017 World section of The New York Times. It was written by Dan Bilefsky and narrated by Keith Sellon-Wright.