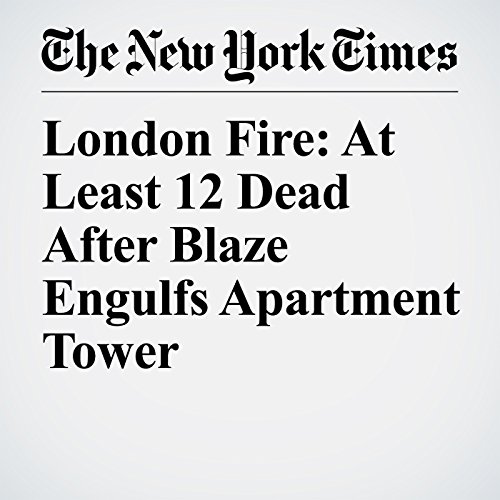 A fire transformed a high-rise apartment tower in West London into an inferno early Wednesday morning, sending at least 78 people to hospitals and raising fears that others might have been trapped inside. The Metropolitan Police said that 12 people had died and warned that the figure would almost certainly rise.

"London Fire: At Least 12 Dead After Blaze Engulfs Apartment Tower" is from the June 14, 2017 World section of The New York Times. It was written by Stephen Castle, Danny Hakim and Ceylan Yeginsu and narrated by Kristi Burns.