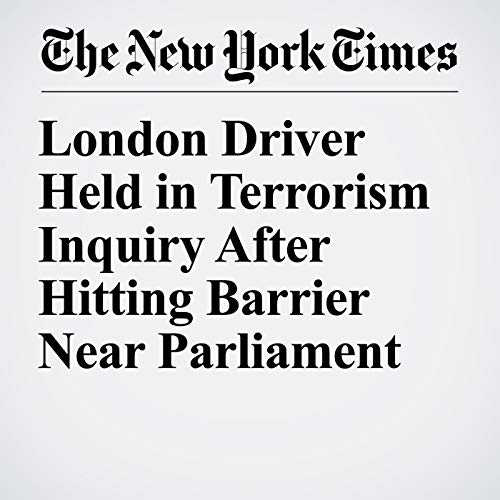 LONDON — A car struck and injured several pedestrians and cyclists, then crashed into a security barrier just outside the Houses of Parliament in London early Tuesday, in what police said they were treating as a terrorist attack.

"London Driver Held in Terrorism Inquiry After Hitting Barrier Near Parliament" is from the August 14, 2018 World section of The New York Times. It was written by Kimiko De Freytas Tamura and narrated by Keith Sellon-Wright.