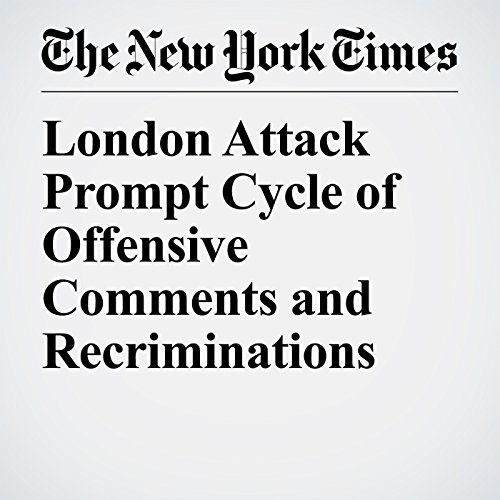 A CNN host called President Donald Trump a “man baby” and a piece of excrement. (He used a more profane term, and later apologized.) A guest on “Fox & Friends” proposed that Muslims in the United Kingdom be placed in internment camps, prompting an on-air disavowal from the hosts.

"London Attack Prompt Cycle of Offensive Comments and Recriminations" is from the June 04, 2017 Business section of The New York Times. It was written by Michael M. Grynbaum and narrated by Keith Sellon-Wright.