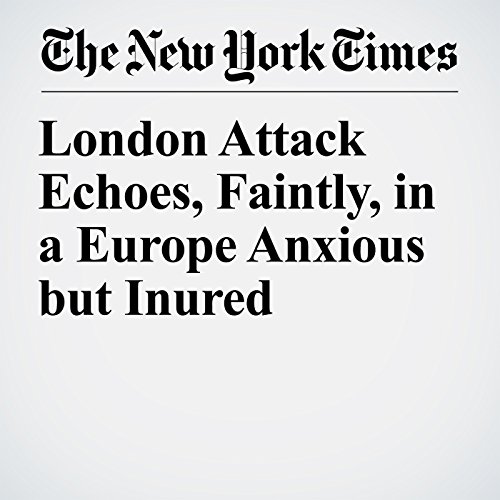 London Attack Echoes, Faintly, in a Europe Anxious but Inured

The terrorist attack in London, with its combination of random deaths and the strong symbolism of Parliament shut down, comes in an important election year in critical European countries, as well as at a moment of high anxiety — about the rise of populism, migration and the integration of Muslims.

"London Attack Echoes, Faintly, in a Europe Anxious but Inured" is from the March 23, 2017 World section of The New York Times. It was written by Steven Erlanger and Alissa J. Rubin and narrated by Caroline Miller.