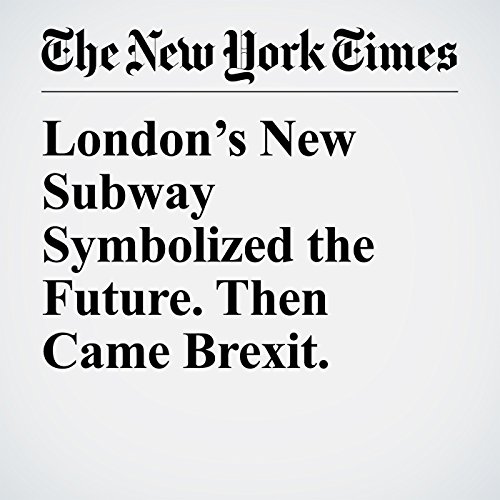 Up an alley, beyond some hoarding, through what can feel like Harry Potter’s secret portal, the underworld of an unfinished Crossrail station sprawls beneath the traffic and commotion of Tottenham Court Road. Escalator banks descend through a sleek, silent black ticket hall where towering, empty, white-tiled passageways snake toward the new, vaulted train platform, curving like a half moon into the subterranean darkness.

"London’s New Subway Symbolized the Future. Then Came Brexit." is from the July 30, 2017 World section of The New York Times. It was written by Michael Kimmelman and narrated by Keith Sellon-Wright.