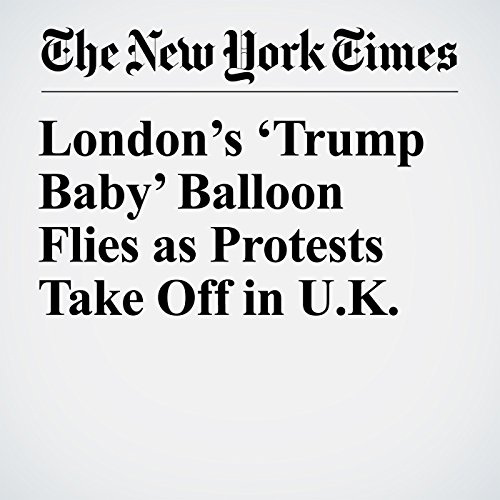 The most anticipated installment of Britain’s “Stop Trump” protests — a giant orange balloon of President Donald Trump depicted as a pouting baby in a diaper and holding a smartphone — took flight Friday from Parliament Square in London.

"London’s ‘Trump Baby’ Balloon Flies as Protests Take Off in U.K." is from the July 13, 2018 World section of The New York Times. It was written by Ceylan Yeginsu and narrated by Barbara Benjamin-Creel.