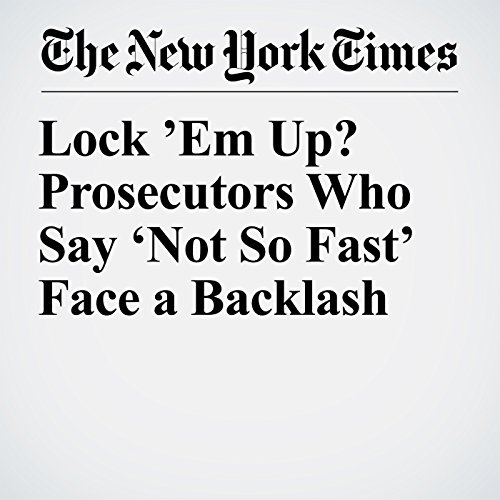 Two more newly elected prosecutors, in Denver and Orlando, have vowed not to seek the death penalty, even for the most egregious killers. They are part of a new vanguard that has jettisoned the traditional lock-'em-up approach, instead winning over voters by embracing alternatives to harsh punishment. But in their eagerness to enact changes, some are facing a backlash from law enforcement groups and more conservative politicians.

"Lock ’Em Up? Prosecutors Who Say ‘Not So Fast’ Face a Backlash" is from the March 30, 2017 U.S. section of The New York Times. It was written by Frances Robles and narrated by Barbara Benjamin-Creel.