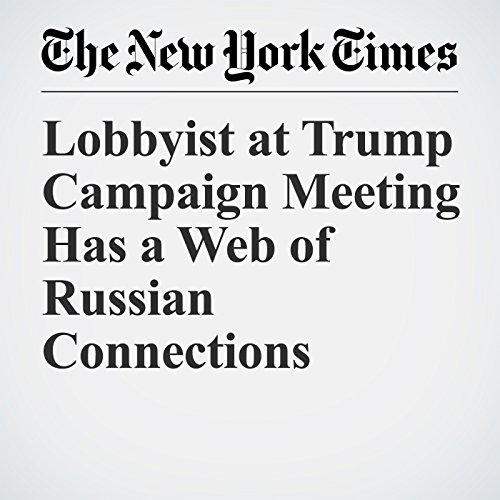 Lobbyist at Trump Campaign Meeting Has a Web of Russian Connections

Rinat Akhmetshin, a Russian immigrant who met last summer with senior Trump campaign officials, has often struck colleagues as a classic Washington mercenary — loyal to his wife, his daughter and his bank account. He avoided work that would antagonize Moscow, they suggested, only because he profited from his reputation as a man with valuable connections there.

"Lobbyist at Trump Campaign Meeting Has a Web of Russian Connections" is from the August 21, 2017 World section of The New York Times. It was written by Sharon Lafraniere, David D. Kirkpatrick and Kenneth P. Vogel and narrated by Keith Sellon-Wright.