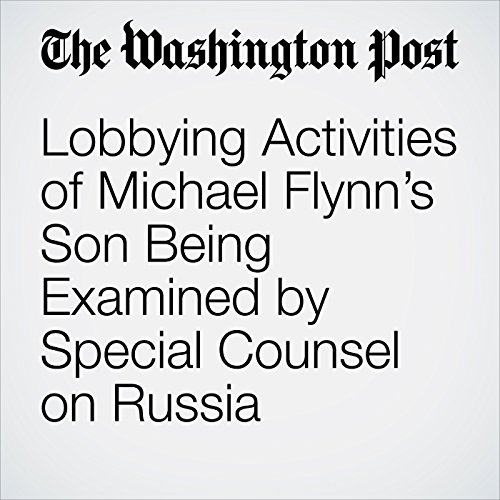 The lobbying activities of ­Michael G. Flynn, the son of President Trump’s former national security adviser, are being examined by the special counsel investigating possible coordination between the Trump campaign and Russia during the 2016 election, according to people familiar with the probe.

"Lobbying Activities of Michael Flynn’s Son Being Examined by Special Counsel on Russia" is from the September 13, 2017 National section of The Washington Post. It was written by Tom Hamburger and Devlin Barrett and narrated by Sam Scholl.