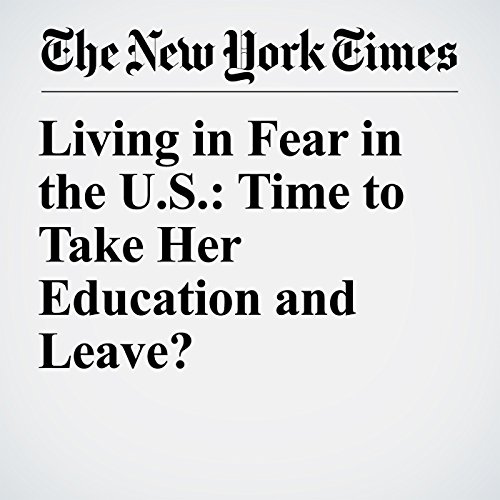 The doorbells outside a yellow-brick apartment building reflected today’s New York, with Albanian, Arabic and Spanish surnames taped above them. Down a narrow, dark hallway, strains of Spanish music came from an apartment. Daniela Alulema opened the door to where her mother and brother live. The shiny birthday balloons bobbing over a spotless dining table were there to commemorate her brother’s birthday.

"Living in Fear in the U.S.: Time to Take Her Education and Leave?" is from the March 05, 2017 U.S. section of The New York Times. It was written by David Gonzalez and narrated by Caroline Miller.

Cosa pensano gli ascoltatori di Living in Fear in the U.S.: Time to Take Her Education and Leave?