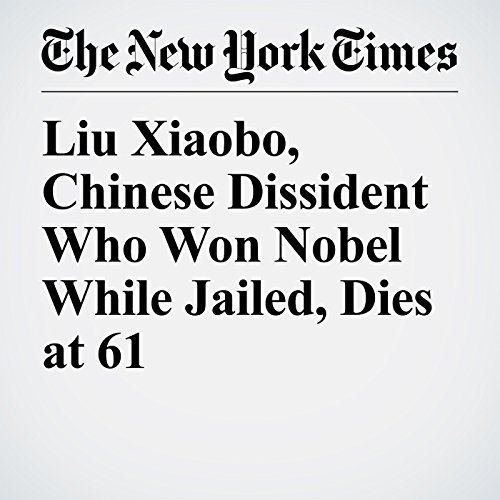 Liu Xiaobo, the renegade Chinese intellectual who kept vigil on Tiananmen Square in 1989 to protect protesters from encroaching soldiers, promoted a pro-democracy charter that brought him an 11-year prison sentence and was awarded the Nobel Peace Prize of 2010 while locked away, died Thursday. He was 61.

"Liu Xiaobo, Chinese Dissident Who Won Nobel While Jailed, Dies at 61" is from the July 13, 2017 World section of The New York Times. It was written by Chris Buckley and narrated by Kristi Burns.