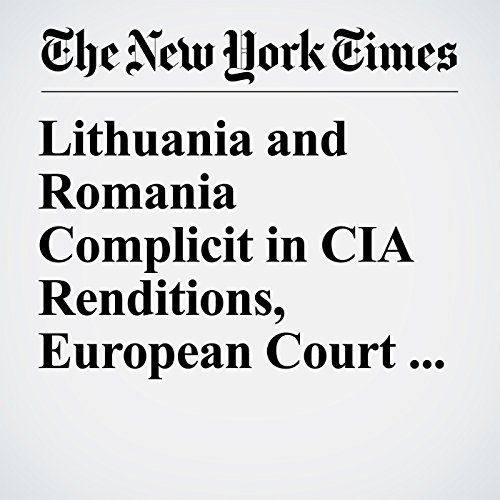 The European Court of Human Rights censured Lithuania and Romania on Thursday for their complicity in the CIA’s secret program of renditions, saying the two European nations had facilitated the ill-treatment and arbitrary detention of two men accused by the United States of terrorism after the Sept. 11 attacks.

"Lithuania and Romania Complicit in CIA Renditions, European Court Says" is from the May 31, 2018 World section of The New York Times. It was written by Alan Cowell and narrated by Fleet Cooper.