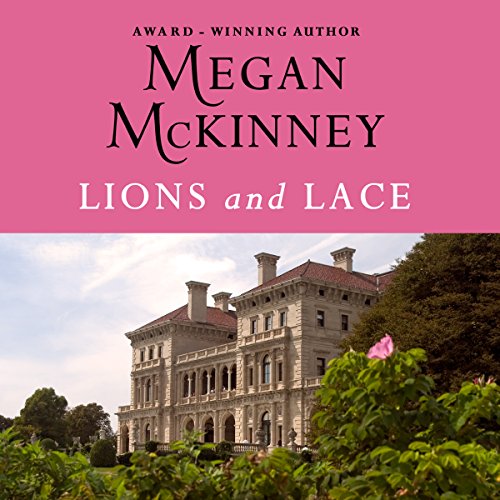 Heiress Alana Van Alen has everything - but she is living a lie. To protect her sister, she plays society's game and attends dazzling balls and soirees - until a cunningly orchestrated act of revenge leaves her penniless and at the mercy of one of the city's most notorious gentlemen.

Dubbed the Predator of Wall Street, Trevor Sheridan rose from abject poverty in Ireland to the pinnacle of power in Manhattan. Yet he's still shunned by the city's elite Four Hundred. Now he has parlayed his hunger for revenge into a scheme to destroy the rich and powerful. In the final phase of his plan, he will marry the pedigreed Alana Van Alen to gain the acceptance that has been denied to him for so long.

Wonderful and picturesque, enjoyable to see the beauty of old New York. Good history behind the 400

Too much conflict and angst

This book is very highly rated and obviously liked by many people but unfortunately I didn’t like it....
There is too much conflict based on misconceptions and misunderstandings, If heroine makes a step forward hero takes two steps back and vice versa.
He is 32 years old good looking, rich but insecure man with the massive chip on his shoulder, playing manipulative mind games with 19 year old girl in order to install his 16 year old sister into a society that he hates venomously.
For most of the book he feels like he is not good enough and it makes him moody and angry while poor heroine either crying or on the verge of tears.
Just too much unnecessary drama out of nothing.

I am honestly surprised anyone would say anything negative about the plot, characters or narration for that matter. Megan McKinney is an amazing author and trust me I am very very very picky when it comes to plots especially the way the dialogues are between the characters. Often times, I hate to say this but romance authors make their male characters anything but male. Sheridan sounds exactly how a man would sound, he is no nonsense and reflects the beautiful of the tortured hero that I enjoy because it causes drama between the two leads which is the reason I read these novels to begin with! So he's very rough around the edges, dealing with the hardened brutal curcumstances of his life and self loathing and yet he is so redeemable because he would do anything to ensure his siblings will have a better life than he. Is he perfect? of course not, but perfect, kind gentle and polite makes for a BORING lead. The author is educated and it shows in her writing. She is excellent in the research that she does behind the scenes of her novels and I'm having such a difficult time replacing her insofar as reading other romance novels that might come close to how well she writes as she is no longer writing romances. If you read her other novels I am amazed at how each male lead is truly different from one another but still all male. I highly recommend her other amazing novel full of adventure, Til Dawn Tames The Night, excellent romance involving a hardened pirate and a young orphaned Brittish miss, not one iota of corniness which seems to plague many romance novelists.

falling for the beastly captor

the main problem I had with this story was that the hero had no redeeming qualities towards the heroin whatsoever. making it difficult to believe how she could fall in love with him. he was so nasty towards her but I'm guessing because he was so handsome she falls in love? while he did have redeeming qualities to others he never showed them towards her, so when she fell in love with him I'm like wait, what? other than that the story had an interesting plot line and was well-written. the narrator did a good job.

This is my second book by Meagan McKinney ; the first, Till Dawn Tames the Night. Loved both stories. In this, our hero is a self made millionaire of Irish decent. Trevor is smart, strong, sexy, and ruthless and his behavior towards the heroine at times is indifferent and cruel. The h is strong, kind, and caring ,not the usual class snob society lady. He is the Lion and she is the Lace. This was not a light- hearted and easy read but it held my attention and I wanted more.

I made it through the first hour, but it felt too much like a checkers game that wanted to be a chess match. The dialogue just didn't seem to fit the period, and I can't imagine any single young woman meeting a man for dinner like the heroine did. Too much of what I heard had modern sensibilities and it was jarring.