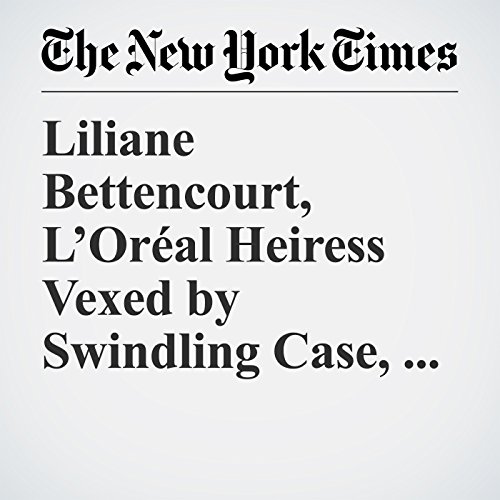 Liliane Bettencourt, the French heiress to the L’Oréal cosmetics fortune and a family legacy of fascist associations, whose final years were vexed by allegations that she had fallen under the sway of a younger man and given him $1.4 billion, died Wednesday at her home in the Paris suburb Neuilly-sur-Seine. She was 94.

"Liliane Bettencourt, L’Oréal Heiress Vexed by Swindling Case, Is Dead at 94" is from the September 21, 2017 World section of The New York Times. It was written by Robert D. McFadden and narrated by Barbara Benjamin-Creel.