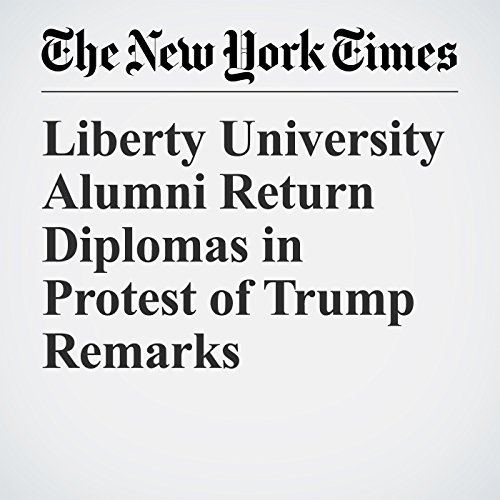 "Liberty University Alumni Return Diplomas in Protest of Trump Remarks" is from the August 21, 2017 U.S. section of The New York Times. It was written by Maggie Astor and narrated by Kristi Burns.