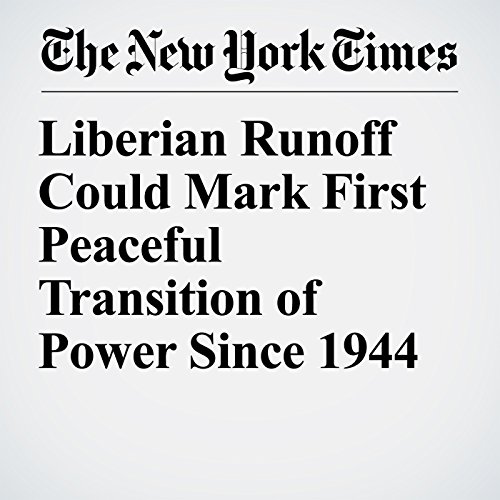 Liberia has not witnessed a peaceful transition of power since 1944, and the fate of past presidents — since 1971, four of them have either died in office or been sent into exile — is so grim that many Liberians consider the presidential palace to be haunted.

"Liberian Runoff Could Mark First Peaceful Transition of Power Since 1944" is from the December 26, 2017 World section of The New York Times. It was written by Clair MacDougall and narrated by Kristi Burns.