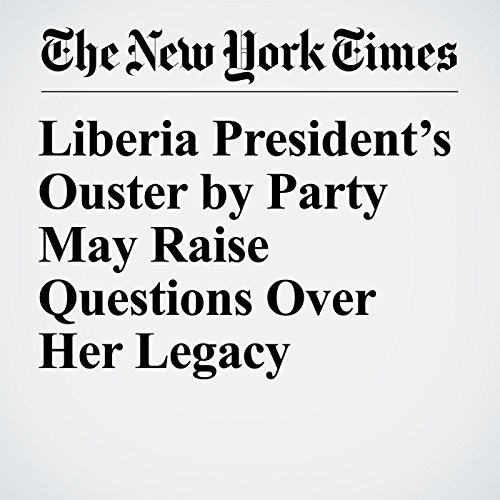 MONROVIA, Liberia — Just days before the end of her 12-year tenure as Liberia’s head of state, President Ellen Johnson Sirleaf has been expelled by senior members of her political party, who accused her of supporting the opposition candidate and now president-elect, George Weah, in his recent election campaign.

"Liberia President’s Ouster by Party May Raise Questions Over Her Legacy" is from the January 14, 2018 World section of The New York Times. It was written by Clair Macdougall and narrated by Kristi Burns.