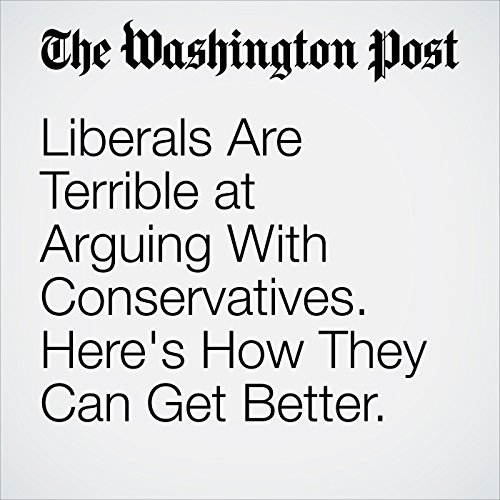 Liberals Are Terrible at Arguing With Conservatives. Here's How They Can Get Better.

Worries about “political polarization” and of our “post-factual era” impeding political debate in our society have become commonplace. Liberals, in particular, are often astonished at the seeming indifference of their opponents toward facts and toward the likely consequences of political decisions. “Donald Trump has been helped by a conservative-media environment in which there is no penalty for being wrong all the time,” Josh Barro wrote at Business Insider back in October; likewise, Mother Jones’s Kevin Drum more recently wondered: “Why do Republicans tell such obvious lies?”

"Liberals Are Terrible at Arguing With Conservatives. Here's How They Can Get Better." is from the August 10, 2017 PostEverything section of The Washington Post. It was written by Maximilian Kasy and narrated by Sam Scholl.