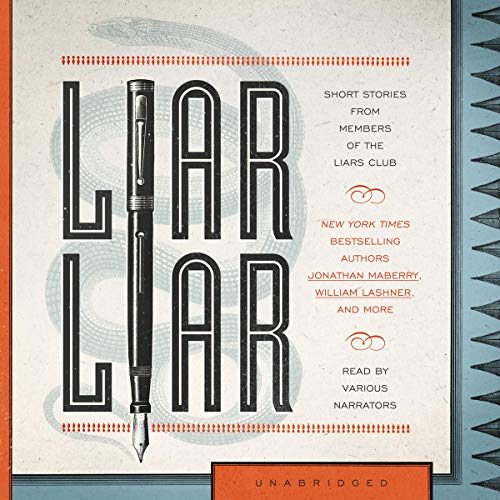 “Lying is essential to good storytelling. Daily, we writers sit at our computers - or legal tablets or Underwoods - and write down a bunch of untruths, piling one on top of the other, page after paltering page. We compound them, massage them, edit them, spin them, cut-and-paste them, until we’re satisfied that, despite how outlandish or otherworldly these lies are, you, the reader, will swallow them.

“In that, we’re like politicians. Except that we’re spared the hassle of running for elected office.” (Sandra Brown)

In this gripping new audio collection you’ll find 15 tales of deceit and deception, perjury and prevarication, falsehoods and fibs, spun by some of the finest liars in the business:

A portion of the proceeds from this audio collection will benefit literacy programs.

All the stories are good. Some are better than others (personal taste) but I thought they were all good. I usually find short stories a bit unsatisfactory but not in this book. If you are a fan of short stories, go for it. I don't think you will be disappointed.