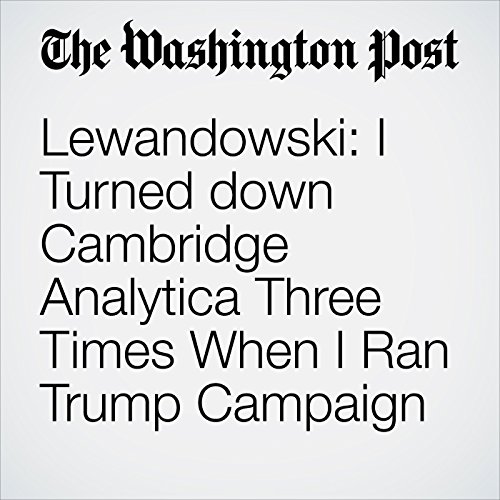 Corey Lewandowski, the first of Donald Trump’s three campaign managers during his 2016 presidential bid, said Sunday on NBC’s “Meet the Press” that he had turned down the data-mining firm Cambridge Analytica on three separate occasions.

"Lewandowski: I Turned down Cambridge Analytica Three Times When I Ran Trump Campaign" is from the March 25, 2018 Politics section of The Washington Post. It was written by David Weigel and narrated by Sam Scholl.