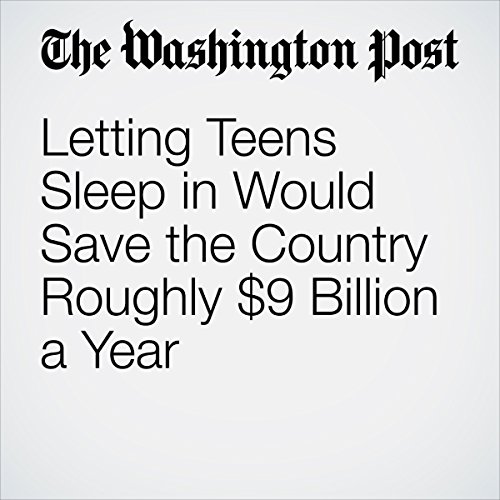 "Letting Teens Sleep in Would Save the Country Roughly $9 Billion a Year" is from the September 01, 2017 Wonkblog section of The Washington Post. It was written by Christopher Ingraham and narrated by Jenny Hoops.