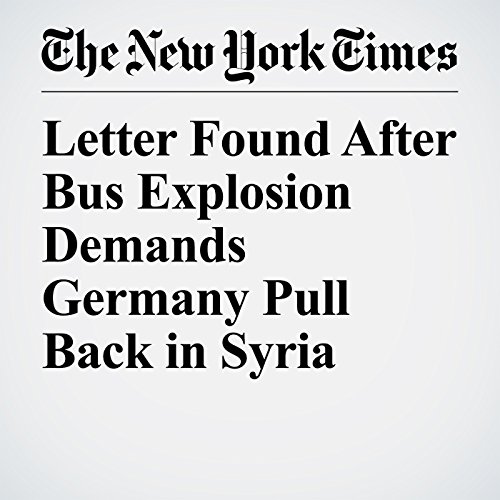 A letter that was found after explosions damaged the team bus of one of Germany’s premier soccer squads called for the country to scale back its involvement in the Western military coalition in Syria, authorities said on Wednesday.

"Letter Found After Bus Explosion Demands Germany Pull Back in Syria" is from the April 12, 2017 World section of The New York Times. It was written by Alison Smale and narrated by Kristi Burns.