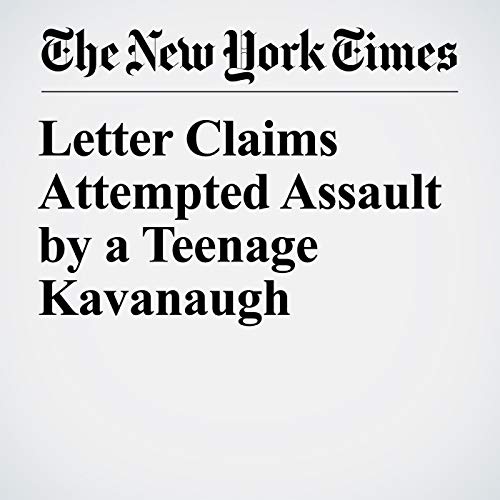 A secretive letter shared with authorities by the senior Democrat on the Senate Judiciary Committee charges that a teenage Brett Kavanaugh and a male friend trapped a teenage girl in a bedroom during a party and tried to assault her, according to three people familiar with the contents of the letter.

"Letter Claims Attempted Assault by a Teenage Kavanaugh" is from the September 14, 2018 U.S. section of The New York Times. It was written by Nicholas Fandos and Michael S. Schmidt and narrated by Fleet Cooper.