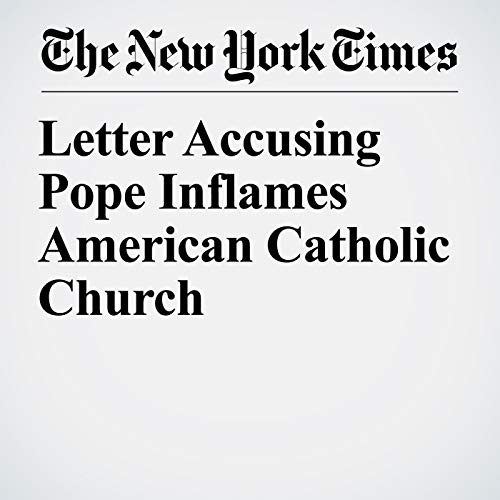 In a remarkable break from the usual decorum among the bishops, U.S. Catholic leaders are in open conflict over the explosive allegations from a former Vatican diplomat that Pope Francis knew about, and ignored, accusations of sexual abuse against a now-disgraced American cleric.

"Letter Accusing Pope Inflames American Catholic Church" is from the August 27, 2018 U.S. section of The New York Times. It was written by Elizabeth Dias and Laurie Goodstein and narrated by Kristi Burns.