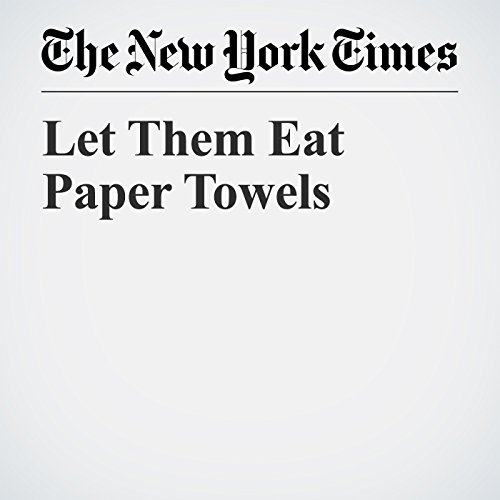 The situation in Iowa remains horrifying. More than a third of the population has been without clean water for three weeks, and waterborne diseases appear to be spreading. Only a sixth of the population has electricity. The health care system is a shambles, and sheer hunger may be a problem in some remote areas.

"Let Them Eat Paper Towels" is from the October 12, 2017 Opinion section of The New York Times. It was written by Paul Krugman and narrated by Mike DelGaudio.