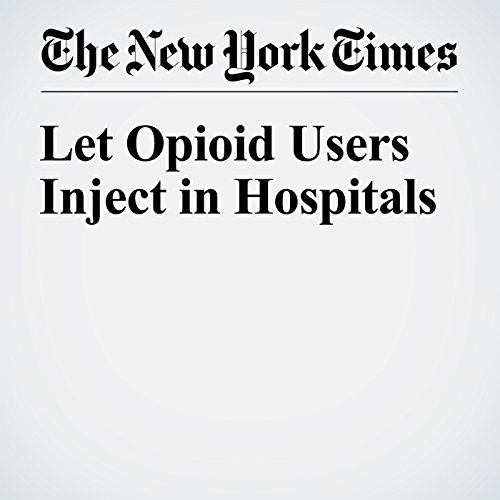 It is a new world in health care as America grapples with an epidemic of opioid drug abuse. The Centers for Disease Control and Prevention reported that opioid overdoses killed over 28,000 people nationwide in 2014, more than ever before.

"Let Opioid Users Inject in Hospitals" is from the January 05, 2017 Opinion section of The New York Times. It was written by Tim Lahey and narrated by Caroline Miller.