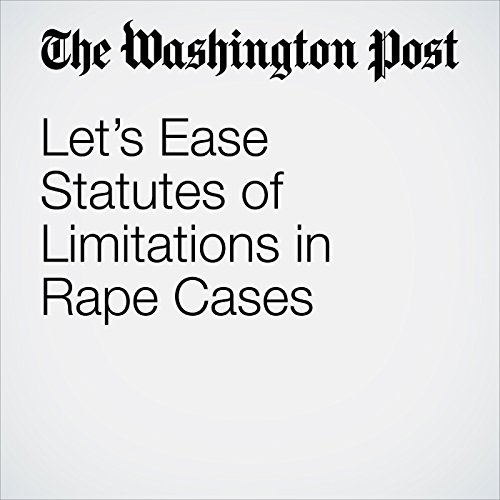 The arrest of Harvey Weinstein on sexual assault charges in an incident that took place more than a decade ago almost didn’t happen. In fact, it wouldn’t have happened in many other states that, unlike New York, impose a statute of limitations in cases of rape.

"Let’s Ease Statutes of Limitations in Rape Cases" is from the May 25, 2018 Opinion section of The Washington Post. It was written by Deborah Tuerkheimer and narrated by Sam Scholl.