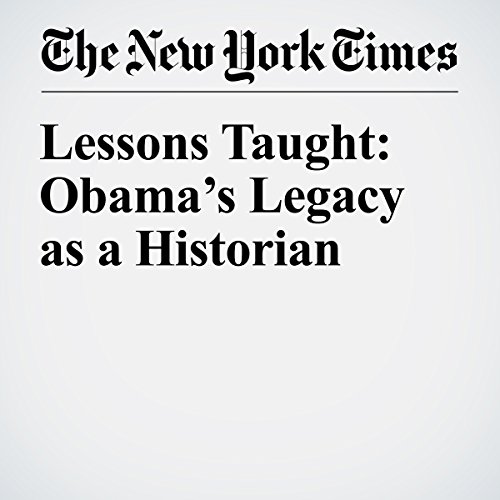 True, Mr. Obama may be unlikely to emulate Theodore Roosevelt and Woodrow Wilson and follow his years in the Oval Office with a stint as president of the American Historical Association. But some scholars see in him a man who used the presidency not just as a bully pulpit but also as something of a historian’s lectern.

"Lessons Taught: Obama’s Legacy as a Historian" is from the January 18, 2017 Entertainment section of The New York Times. It was written by Jennifer Schuessler and narrated by Caroline Miller.