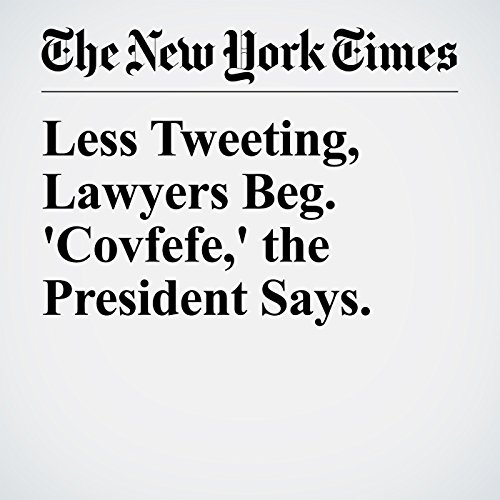 There was a time in the not-too-distant past when President Donald Trump refrained from flamethrowing messages on Twitter.

"Less Tweeting, Lawyers Beg. 'Covfefe,' the President Says." is from the May 31, 2017 U.S. section of The New York Times. It was written by Peter Baker and Glenn Thrush and narrated by Kristi Burns.