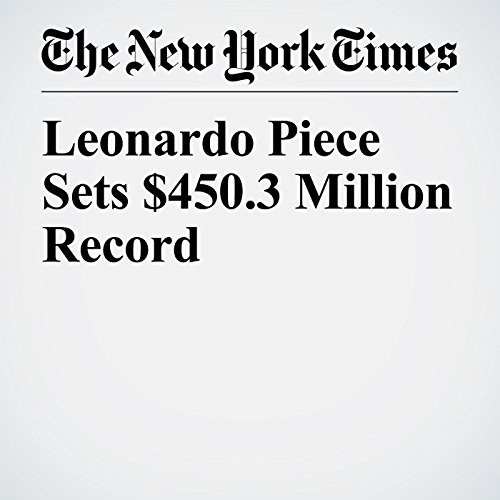 After 19 minutes of dueling, with four bidders on the telephone and one in the room, Leonardo da Vinci’s “Salvator Mundi” sold Wednesday night for $450.3 million with fees, shattering the high for any work of art sold at auction. It far surpassed Picasso’s “Women of Algiers,” which fetched $179.4 million at Christie’s in May 2015.

"Leonardo Piece Sets $450.3 Million Record" is from the November 15, 2017 U.S. section of The New York Times. It was written by Robin Pogrebin and Scott Reyburn and narrated by Keith Sellon-Wright.